Convert Your Wix Site to WordPress 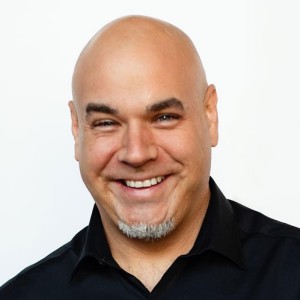 I’m not sure how you found this post, but maybe you simply searched, “How do I convert my Wix site into a WordPress website?” And if that’s what brought you here, you’re in the right place. But if not, and you’re simply searching for a better option than Wix for your business website, I’m here to help.

If you want to skip down to the conversion part, click here… otherwise, read my take on the whole evolution.

My name is Bud, and I’ve been designing and developing websites for many, many years. Originally, I was a holdout, thinking the best way to build a site was to hand code it in HTML and apply my stunning designs with CSS. That worked great for years, then these blogging platforms popped up… Blogger, LiveJournal, and TypePad. At first they were novelty, but soon, full content management systems evolved, and the rise of CMS platforms took shape with WordPress, Joomla, and Drupal.

I held my course building sites in HTML and CSS. But SEO became more and more important, and Google, Yahoo, and Bing began ranking sites with dynamic content much higher, and much faster. As a web designer building brand new sites, these platforms were going to be the tools of the future.

As these designer- and developer-friendly content management systems were gaining traction, another trend began popping up—a sort of “DIY in a box”. Sure, WordPress and these others were already DIY systems, but they required a bit of elevated know-how. To make them operate more like real websites and not just blogs took a little more skill. That wasn’t the case with these “DIY in a box” systems, like Wix, Weebly, SquareSpace, Shopify, and so many others. They weren’t open source, they were closed, which means they were all paid platforms. Paid platforms rely on users to pay the bills, so increasing users meant lowering the bar.

To a professional web designer, this changed everything.

The Pay to Play Model

This new business model in website design meant simplified systems, drag-and-drop user interfaces, and limited options. But that now meant anyone could do it! The crazy thing was, this was a premium service. You actually paid extra to use these systems (and still do, usually with a monthly fee) and you’re stuck inside with no way to export or leave.

Wix knew that if you spent all your valuable time building a site inside their platform, you wouldn’t want to leave. It’s kinda like joining a gym at the beginning of the year, getting locked into an annual contract and never using it after January. That money keeps rolling in, which supports the whole system.

In theory, this is great, right? Anyone can build a website, you don’t have to pay for a web designer, graphic designer (don’t get me started on services like Canva) or deal with hosting. It’s an all-in-one platform and your site looks amazing….

The Issue: You're Not a Designer

That’s not a knock on your talents and skills. I’m not a chef, accountant, dentist, landscaper, or whatever you do for a profession. Truth is, we all can’t do everything, that’s why we employ experts and contract freelancers.

By taking the designer out of website design, you’re left with a website that may not communicate your message to your clients, that may not have that extra visible flare, and may not contain crucial structural elements for search engine optimization.

Website design is more than just writing a paragraph about why your company got started and uploading a team picture of you standing in front of your building. Proper website designers have a full vision of what your website should do as a sales tool for your business; that includes all written content, colors and fonts, brand awareness, layout design, responsive design, and a coordinated use of stock photos, professional photography, and videos.

Wix, SquareSpace, Shopify, they all expect you to do this on your own AND pay them for it. I simply argue, let us do it for you… because after you add up the time you take plus what you’re paying them, it’s essentially the same price with a much better return on investment. I say, “Do what you do. And let us do what we do.” That’s what makes good business, so everyone wins.

It's Not Too Late, Convert

Convert your site from the Wix platform and rebuild it using modern tools that offer a similar user experience on WordPress.

WordPress has come a long way since it pioneered the blogging platform in 2003. And, you may not realize, but there are many add-on plugins for WordPress that increase the functionality and user experience to build an amazing website.

Ask yourself, “Why did I go to Wix in the first place?” More than likely (and I’m just guessing here) you saw an ad on Google or Facebook when you were looking for solutions to building a website. The reason you didn’t see ads for WordPress is because it’s open source, they don’t rely on the subscription model and therefore don’t need to sell you on it.

Converting your site takes some time, but I can break down the same process we use when prepping and executing a website conversion for our clients. (And, of course, you can always just hire us to do it for you!) You’re going to want to look at your whole site and break it down into several elements:

If you haven’t already, you’ll need to get a new hosting plan. We use NameCheap.com and always suggest it as a low-cost option for website hosting. You can get a new domain name or use your domain name directly at Wix (saving them as your registrar only).

Install WordPress on your hosting. If you have shared hosting, you’ll likely have a way in the cPanel to install WordPress right there. Look for Softaculous to do this quickly and easily. If you chose a WordPress hosting plan, you’ll have received login information when you signed up.

Install your theme. There are nearly an infinite amount of themes. The more complex the themes are, the heavier load they place on your server. We recommend a very lightweight theme called Hello Elementor.

Speaking of Elementor, we recommend Elementor Pro as your website’s visual builder. It costs $49/yr for a single site, but worth every penny! This single plugin takes your standard WordPress site and makes it an easy-to-use, drag-and-drop visual editor.

Rebuild the structure of your site. With Elementor Pro, you can create custom headers, footers, and page templates in the Theme Builder. (This can be a little more complicated, but Elementor Pro comes with some pre-built elements you can add and manipulate.)

Import your blog content from Wix. The process you can followed here (scroll down to their Step 4).

Recreate your pages one by one.

After you have your posts imported, pages imported and any media uploaded to your site, you should be ready to launch! Now you can edit your DNS settings on Wix to point to your new hosting provider. Here’s a link to see how to do this.

Seven steps… not to complicated, but it’s the road to freedom! Of course, you can always hire us to do it too.

We create easy-to-manage websites built with WordPress and Elementor Pro, helping you increase your business by clarifying your message to your brand new website visitors.